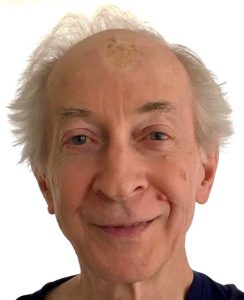 Raymond Egan is dedicated to creating and championing a new music for progressive churches. Composer, organist, pianist, Ray has made a career as Music Director in places of worship from prestigious cathedrals to Jewish Temples. A jazz player as well as being steeped in the classics (Doctorate in Music from USC) Ray has crossed boundaries with his musical creations that draw from his wide experience. In a complete break from the literal choral music world, Ray spent 5 years as Minister of Music in an “oral tradition” African American gospel church with choirs, a band and praise teams that functioned totally by ear.

Perhaps his most all-encompassing work is his opus How I Hear The Hymns, a collection of hundreds of arrangements and compositions based on hymn tunes, reimagined in:

A summary of Ray’s life in sacred music is brought to light in his Uncommon Music For The Revised Common Lectionary – A Guide for the 21st Century Sacred & Choral Musician. This huge resource immediately answers the BIGGEST QUESTION facing anyone in the field of sacred music:

This listing of sacred (and non-sacred) music titles from all cultures, eras, and musical genres is arranged by Sundays of the year, holidays, and current Themes (example: Global warming)

Raymond’s career has included his tenure as Director of Music/Organist & Choirmaster of St. John’s Episcopal Cathedral, Los Angeles CA, Minister of Music at Agape Christian Fellowship Church, Compton, CA among others. He currently serves as Organist of First United Methodist Church, Santa Barbara, CA. He has degrees in music from the Eastman School of Music, Westminster Choir College, and The Thornton School of Music of The University of Southern California.

As one in a line of musicians/lyricists (Raymond Egan Senior: American Songwriters Hall of Fame) and in a long line of sacred musicians, Raymond Egan III’s work/play has been about the composing, arranging lyric writing, playing [pipe organ, piano, electric keyboards], conducting, teaching, and liturgical imagining of sacred music.

As a composer, Raymond was honored at A Celebration of Ventura County Composers, April 30, 2017, and as a sacred musician he was awarded a Music Ministry Award for outstanding and dedicated service in the field of music ministry by Musicians In Action, Inc., Los Angeles CA. Raymond’s choral music has been performed throughout the United States, Europe, and in Australia, at conventions of The American Choral Directors Association ACDA. and The American Guild of Organists, AGO, and soon by the acclaimed Harmonia Chamber Singers, Buffalo, NY, Maestro Robert Duerr, Music Director/Conductor.